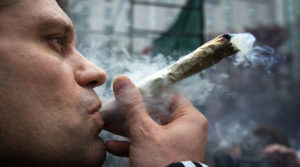 As entire demographic segments across the West wake up to the fact that their governments are heavily influenced by outside interests, many are looking to Russia – and Putin in particular – to pull the fat out of the fire. But is this realistic?

If you hear the same story enough times you end up thinking there is no other.

We are programmed all through our lives to expect a particular narrative: There are good guys and bad guys. Bad things may happen – even to the good guys – but at the last moment, the cavalry will come riding over the hill and all will be well again.

The US has squandered what moral capital and good will it had and is now openly regarded as the good guy gone bad by most the world. This has left a good-guy vacuum in the minds of many. And, increasingly, Russia is being regarded in that role – at least by some.
The thesis gaining ground is that Russia is the last bastion of goodness and virtue.

From Brother Nathanael, a Jewish American convert to Orthodox Christianity, to the American site Veterans Today praise for both Russia and Putin is copious and frequent.

But is it justified?

One point now cited in this regard is that Putin has manned up to deal with ISIS, unlike the US.

It is true that Russia has stepped up to the plate on this one. However, we should not forget that Russia did nothing but posture on Afghanistan, Iraq I, Iraq II and Libya. It is a permanent member of the UN Security Council. It could have vetoed any one of these wars.

Russia’s veto would not have stopped NATO, of course. But it would have deprived it of the fig leaf of legitimacy.

But Russia chose not to do that.

Now Russia has drawn a line in the sand and is bombing ISIS – a composite of Western assets, mercenaries and deceived and culturally damaged adventurers. But this is because it knows that these forces will be turned on Russia, an eventuality which – if one is to believe anything one reads anymore – the UK’s Independent reports may soon be the case.

And Russia – which is now entirely encircled by NATO bases – does not want to lose its only access to the Mediterranean via the sea port at Tartus, Syria.

The Economist quotes Georgy Mirsky of Moscow’s Higher School of Economics who explains Russia’s support for Assad as arising less with Syria per se, than with the West. Mirsky sees the Kremlin watching the Arab Spring in horror, and interpreting those uprisings against authoritarian leaders as American conspiracies.

While Putin harbors no particular personal affection for Mr. Assad, the Syrian leader has become a symbol of resisting“color revolutions” and attempts at “regime change”. Having backed Assad thus far, allowing him to fall now would mean that Putin is “retreating under American pressure, which is the one thing he cannot do.”

This analysis presupposes that Russia is a powder keg waiting to explode and oust Putin. That is a long way from my perception, or that of Western analysts. Putin is phenomenally popular within Russia.

There is also no question that Western money was behind the so-called color revolutions, a point conceded – at least in the case of Ukraine – even by the Guardian.

Russia is also trying to create and maintain a credible coalition to act as a counterpoise to US exceptionalism and hubris. And that is not possible if all your friends have been taken out.

West’s attack on morality and ethics

A second point attributed to Russia by supporters is that it is a bulwark against collapsing moral standards in the West. They point often to the fact that Russia refuses to allow so-called Gay Pride marches on its territory as indicative of its moral high ground.

Russia’s position is simply that homosexuality not be promoted among the young. That stance is overwhelmingly supported within Russia and would have been the norm in the West only a few years ago.

Russian policy is not to eradicate homosexuals from the face of Mother Russia. It is to be guided by the sensibilities of the 99 percent of Russians who are not homosexual and do not wish homosexuality to be foisted on those who have yet to reach the age of reason. That is all.

Those who choose to see Russia as enforcing a moral purity now lacking in the West would be disabused by even a few days in any of the country’s major population centers. Sexual license in all possible combinations and configurations is widespread, and the use of drugs and alcohol rampant.

Much is made by some in the West of Russia’s Christian heritage. We often see Putin hobnobbing with the Patriarch and attending church, for example.

Russian Orthodoxy is a cultural artifact for many more Russians than it is a center of a vibrant faith. It is a political engine. And, lest we forget: Putin is a politician. He has a population to keep happy.

Almost all Russians will claim to be Christian. Most wear a cross. Some attend church. Almost none know anything about the Bible. Even fewer base their lives on it. That’s the reality.

My son grew up in Russia. At one point he rather fell under the influence of a black-clad Rasputineque character who informed my son – the one I raised, fed and educated – that he was now his ‘spiritual son’.

I called a meeting with this individual with my son present in which I left the bearded priest in no doubt that until such time as my son could explain to me the canon of the faith he had signed up for and reasons for so doing the ‘adoption’ was off.

Later conversations with my son revealed that part of the impetus for this cultic episode was the fact that he was the only boy in his class who did not wear a cross. I explained that the children in his class knew less about Christianity than I know about flower arranging.

Nevertheless, I bought him a Bible, gave him some basic instruction and had him learn The Lord’s Prayer (Russian: Otche Nashe) by heart.

I was somewhat vindicated some months later when he related to me that the teacher had asked the class who knew the Lord’s Prayer. He, of course, was the only one.

A further common assumption I see in certain types of conservative, English-language social media is that Putin is a lone hero, a man standing against the evils of the international bankers and a righter of wrongs.

It is no easier to discover who owns the Russian Central Bank than it is who owns the US Federal Reserve. However, one should understand is that Russia’s version was founded in the post-Soviet space of 1990 – a time when Russian laws were simply handed down to the country by US NGOs.

State Duma Deputy Yevgeny Fyodorov told Pravda how the mechanism works: “In order to let the Central Bank issue rubles in Russia, so that we could go to stores to spend them, the Central Bank needs to buy US dollars first.” He continues: “In other words, Russia is not even a ruble country de jure. Russia is a dollar country.”

This is the reality now. It has been the reality since 1990. You may draw your own conclusions.

Putin is certainly a clever man and a superlative strategist. He is calculating and decisive. And – despite what his Western fan base may think – these are not the traits of a superhero.

Putin is neither a martyr nor a reckless man. He may not want to leave the spotlight right now, but he will want to one day, and when he does he will need an exit.

He knows how the civilized Democratic countries operate. He saw how they treated Saddam and Milosevic. Putin is a realist.

People at Putin’s level of the game don’t think in terms of goodies and baddies. They play a difficult game – and in some cases play it exceptionally well. But they remain cognizant of realistic outcomes and are not blinded by sentiment or wishful thinking.

It’s time the rest of us did likewise.