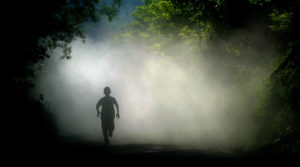 While we don’t personally know the famous men unmasked in recent months as pedophiles, we all know someone a bit like them. And now we won’t be letting our children have sleepovers at their friends’ houses.

The ranks of A-list pedophiles – men whose number includes Rolf Harris, Jimmy Savile, Gary Glitter, and Cyril Smith – continue to swell. The patron saint of youth and transatlantic English, Cliff Richard, was not charged, but his reputation will always be tainted, while Leon Brittan was rescued by a system which wishes it to be known that it protects its own.

Now the late Clement Freud – grandson of Sigmund Freud – has joined the club. Clement Freud was a Liberal MP known also as a chef and radio personality in the UK.

When I look at the media, I do not consider individual stories so much as editorial tendencies. You can always find something to direct the public’s nose at, so my attitude is: why this, and why now?

The stock answer that financial considerations drive editorial policy simply doesn’t cut it. There are a hundred subjects out there, any one of which makes Watergate look tame, but mainstream media won’t even cough in their direction.

The mass media sits on evident and glaring topics and never so much as takes a peep. It marches in lockstep and brands as evil or mad anyone who dares question orthodoxy on – for example – the industrial spraying of the skies,‘global warming’, the legitimacy of taxation, or a production line of ‘events’ all of which magically give governments leverage to sacrifice what little remains of individual rights to the god of a greater good which they define.

In the case of child abuse, the facts show that Freud – along with all the other pedophiles – didn’t start abusing children last week. It has been happening forever. It has been covered up forever. So why the big interest now?

Establishment media is discredited. As in the Wizard of Oz, it is a machine casting a long, scary shadow, a machine which requires that you look at the output of its production rather than its process in order to be effective.

But German journalist and editor Udo Ulfkotte threw a spanner in the works by telling it like it is on RT – an outlet recognized by independent-minded journalists and readers as one of the few major platforms on which it is possible to break ranks with the enforced consensus which prevails almost everywhere else.

My conclusion is that when the powers-that-be wished to protect the aforementioned scumbags, they did so. And the fact that it has now chosen not to protect them is a strategic decision.

Pedophilia: the next sexual rights revolution?

Segregation laws were on the books in the US until 1965. And the American Psychiatric Association [APA] listed homosexuality as a disorder prior to 1973.

The question is not that some things can and should change, but where one draws the line in a society which has neither a moral compass nor map.

In 2013 the APA appeared to try to blur the lines on pedophilia, but was jumped on and exposed. The media attempted to explain this away as a mistake, while the APA revised and clarified its position.

Like the Catholic Church, the psychiatry profession does not admit to mistakes, so reference to wrongdoing was, predictably, absent. Rather, its statement is worded to create the impression that it is speaking under an obligation to correct a false interpretation of the facts.

But the APA’s fall-back under fire has not materially impacted the ongoing narrative.

Cut to 2016 and we find the Independent producing stories such as Paedophilia a ‘sexual orientation – like being straight or gay’ while stories proliferate which serve to humanize the paedophile and require that we sympathise.

Superficially, it seems that pedophiles such as Savile, Smith and the rest are getting their comeuppance – at least posthumously. But the collateral psychological effect is not that of increasing abhorrence at their crimes, but of an insidious acclimatization to them.

This is counterintuitive to us because we are educated under the Prussian school system, one in which compliance is the central virtue and only linear processes exist. We are trained to arm-wrestle our way through life.

But those who would rule us are schooled in Aikido. There’s nothing they can’t make grist to their mill.

Moreover, the process of our increased exposure to this evil is not happening in isolation. The broader context is that of lines blurred into mush under the banner of a humorless farce, one in which sexual politics, ‘gender fluidity’, decriminalization of bestiality, the spectacle of  grown men dressing like small children,obsessing over My Little Pony or identifying as dogs play a part. And this inverse morality play is buttressed by a system which rips children from their homes with impunity – over 10,000 are taken in the UK each year – often dragging them into the verysystem in which pedophiles operate. Taken together then, the broader milieu is one of moral chaos.

And while the media have now chosen to expose some – but clearly not all – high-profile pedophiles, the net psychological effect given the rapidity of the cases and the broader narrative context has been the creation of an atmosphere where the existence – and perhaps even future acceptance – of pedophilia is felt increasingly to be inevitable.

Certainly, for now, at the mundane psychological level, the hue and cry about these abuses incenses any right-minded person. But it also increases general suspicion and serves to atomize society – a stock KPI in any form of authoritarianism, even one with a service-culture shop front such as ours. It’s now so bad that it is hard for a man to go for a walk in the park on his own today without feeling that he has to justify himself.

The bombardment of abuse cases desensitizes the public. Just as repeated exposure to violence in video games tends to acclimatize one, so repeated presentation of child abuse in media can tend to insulate one against its horrors.

This is why the recent Freud revelation is particularly interesting. The pantheon of stock monsters previously featured the chirpy, bearded genius (Harris), the over-lunched politician (Smith), the boy racer in outlandish clothes (Glitter), and the disconcerting weirdo (Savile). But since they have been joined by Freud – a man who hitherto threatened all the resident evil of a basset hound sleeping soundly on a pile of old cardigans – the homely intellectual and fatherly type which Freud represented is, potentially, now a monster as well.

It is a strategy of informational warfare to overload your target with more data than he can process.

One man – Rodney King – was seen beaten by police after being apprehended following a drunken high-speed car chase. This single event kicked off the L.A. riots of 1992.

Today, police execution by Taser is so commonplace it is barely considered news.

The fact that media broke the water’s surface on the pedophilia question after such a resolute silence – and then proceeded to overload the mind with similar cases – points to a strategy designed to acclimatize, to normalize, to make pedestrian and unremarkable.

So while media claim 30 and 40 years after the fact to be righting wrongs – and while aversion responses to each new case of child abuse are still triggered individually in normal people – the net psychological effect of the present policy is to inure the public to the subject matter.

It is my hope that by identifying how such techniques work I might play some part in helping people continue to respond with appropriate aversion to this vileness, and not be tricked into allowing their natural responses to be watered down or compromised under a barrage of repetition in a context of constantly changing norms.