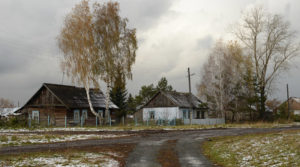 A recent article in the UK’s Daily Express cites a poll in which almost 80 percent of the respondents said they would be ready to emigrate to Russia to take up Putin’s offer of free land to foreigners.

The article reads: "Disillusioned by life in modern Britain, 78% of more than 22,000 respondents replied 'Yes! Bargain' to the question Would you move to Russia in exchange for free land?'”

The excitement came after it was revealed that President Putin is offering 2.5 acres of land for free to people willing to move to the country’s Siberian wilderness in a bid to boost the area’s economy.

As part of the deal, successful applicants would receive Russian citizenship and be able to sell, rent or give away the land only after five years.

Treated by some as a propaganda move, the fact is that this offer is being made to everyone – Russians and non-Russians. As RT reports: "Putin […] signed a law offering land plots of 1 hectare (2.5 acres) to Russians and naturalized citizens for free."

While this may sound attractive to some, anyone who thinks that moving to a hectare of land in Siberia is a ‘bargain’ has either never lived on one hectare of land or been to Siberia. I have done both – admittedly not at the same time – and I suggest living without Wi-Fi for a week first as a warm-up exercise.

The initial love affair with all things Western is over for many Russians. Even prior to Merkel’s detonation of the sinking European ship, there was a move away from an uncritical embrace of the Western working model: taxes, degrading morals, loneliness and death punctuated only by debt and the purchase of trinkets from China designed to break before you get home from the mall.

The industrial revolution in Russia came late. Prior to that, the vast majority lived on the land – and most Russians still have some connection with it either via relatives who live in the country, or by means of a dacha.

During what is called Communism in the West, but is called Socialism by Russians themselves, life was pretty dismal. Initiative was pointless. Envy was ingested and spite spat out with the habituated consistency of an inveterate chewer of sunflower seeds.

But the basic products were good: break and milk, for example, were off the scale compared to the bland, life-negating fakery sold to us in the West under those names. And, perhaps understandably, Russians have no enthusiasm for shiny food products that defeat health rather than promote it.

Now that the excitement after the transition from Socialism has died down, there is a small but growing number of Russians who seek to combine the opportunities afforded by ownership rights with a life on the land and self-sufficiency.

One such movement is the brainchild of German Sterligov. After becoming a billionaire in the 90s, he grew a beard, embraced the Orthodox Church and moved to the countryside.

Outspoken, visceral, tenacious and addicted to media attention, Sterligov is a composite of politician Vladimir Zhironovsky and Tolstoy’s Levin in Anna Karenina. Since he doesn’t care about Western sentiments, his site is in Russian only.

Sterligov calls people to join him on the land and grow their own food. Yet, one can’t help but notice how much easier it is for him to live the life of a peasant when he can slip back into his creature comforts at any moment – a luxury those who respond to his call often don’t have.

Then there is the Anastasia movement. This is built around the literary compositions of Vladimir Megre. He, like Sterligov, is an entrepreneur. He wrote a series of books – some of which I have read – about a mystical or semi-mystical character called Anastasia who Megre claims to live among the cedars of Siberia.

The resultant philosophy – if one can call it that – is a sort of pagan earth-worship under the Sylphlike moral oversight of the real-and-yet-unreal Anastasia.

The Anastasia movement combines ecological concerns with family values and is expressed via a back-to-the-land movement based upon homesteading on one hectare of land and has adherents as far afield as Australia and the US.

Reasons for going back to the land

Russia is under sanctions by the ‘international community’ – i.e. those countries heavily influenced by the US. The US has bases in at least 38 countries and begins wars on a regular basis, yet Russia is deemed evil for accepting Crimea’s vote to re-join the Russian Federation and for protecting its own people in Ukraine.

Sanctions are type of siege, and siege is an act of war. Given this reality, Russia has to become self-sufficient. Thus, it is motivated to get people onto the land and producing food.

The giving away of land is a time-honored means by which the state has engaged with the people. The word dacha, for example, derives from the Russian verb ‘to give’.

Russia is also moving actively against GMO. While it is tempting to think this is for health reasons, the more likely explanation is that the government sees the question as one of national security. It does not want to be held hostage to a company which can turn off its food production.

This may all be a blessing in disguise because when the lights go out in the giant casino called the world economy, Russians will still be able to eat.

Disillusionment with the West

Disillusionment with the West among those not entirely consumed by the liberal passion for destroying European culture, morals, and nationhood has led to increasing interest in Russia. Many are galled by the hypocrisy of Western aggression and are tired of the wars on objective moral standards and healthy food. Rightly or wrongly, they see Russia as a beacon of hope.

Some Westerners do emigrate to Russia and make a go of it.

One hectare of land may sound like a lot if you live in a tiny flat in London and your reality is peppered with security cameras and Council Tax demands.

It might be enough to live off if you are in Uzbekistan or Abkhazia – places blessed with eternally fertile soil, a warm climate and near end-to-end growing seasons. But its potential fades the further north you go.

Siberia is varied, incredibly rich in minerals and other resources, and undeniably beautiful. But it is a tough place to live and – famously – cold in winter. The summers are short and the transitions from snow to no snow and back again wreck everything: land becomes waterlogged and the tentative roads impassable.

For those set on a new life on the land in Russia, I have two pieces of advice. Firstly, make some friends there online and go and stay at least twice, once in summer and once in winter. And if you’re still gung-ho after that, create a network of people – another 10 or 20 families – in Europe or the US who also want to make the move, and go together. Your chances of success will increase exponentially.

But make sure these are people you have tested under fire. Western society has become impossibly fickle and friendship reduced to a synonym for passing utility, one in which previous investment and history may be forgotten the instant it encounters anything mildly unpleasant. The concept of friendship did not grow out of shared appreciation of fusion cuisine or The Simpsons, but out of pacts made to ensure the survival of tribes.

In Russia there are no safe spaces. If you don’t like what you get or are offended by something – nobody cares. Russia will toughen you up real quick.

Just having a beard and a lumberjack shirt isn’t going to cut it if you can’t deal with an oncoming barrage of real-world problems which don’t go away just because you are not in the mood.

Russia is not just like Europe but with free land now. It is a hard place, and personal negotiations and relationships count at least as much as conventions and laws. You have to find a common language with each individual you encounter. This is part of what makes it a fascinating and engaging place, but it also makes it occasionally frustrating and challenging.

The tax rate is only 13 percent and real friendships still exist and count for something.

In many ways Russia is much freer than the West. You can have real conversations. You get more than just glazed smiles and bubble-wrapped platitudes about nothing – sometimes more than you might wish for.

Everyone in Russia is a philosopher and has an advanced degree in what is wrong with the world – and very few subjects are verboten, unlike in Europe where you have to pick your way around the obvious like a debutant in a ball gown trying to cross a field covered in cow pats in the dark.

So if you’re prepared for challenging times and conversation, Putin’s offer of free land might just be for you.