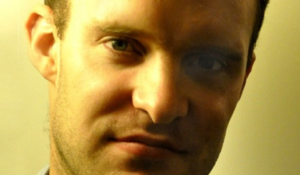 Tom Washington hails from the UK. His father was a colonel in the Army and his mother is an artist.

Tom went to Edinburgh University where he started reading Social Anthropology, but then inclined towards the arts and particularly loved choral singing and opera.

After university, he was offered an internship at Forbes by a flat mate which indirectly led to an offer of a job in journalism in Moscow.

Tom has now worked here in Moscow as a journalist for four-and-a-half years.