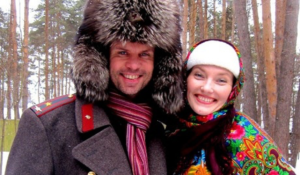 Matthias Wintzer was born in Hamburg, but grew up partly in Lima, Peru, where his parents were working as teachers. He learnt Spanish fluently while he was there and returned to Germany when he was 14, where he finished his schooling.

He studied Business at university after which he worked marketing cigars (which he had developed a love for during trips to Cuba).

After that he worked for a German luxury goods company in Poland, and later transferred to Russia.