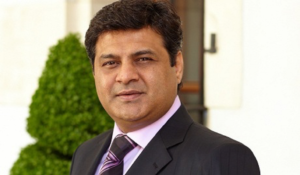 Sammy Kotwani grew up in Bombay, now Mumbai, in India. Sammy was a natural leader, captain of the cricket teams in which he played. He came from a poor family, but grew up with principles which stood him in good stead.

He went to an English school in the city where he got a good all-round education and went on to study textiles at college.

He was disappointed with the higher education he received and began selling suits in a relative’s business. He began his own business in time, eventually coming to Russia.

He has been in Russia over 20 years, and now is a successful businessman.