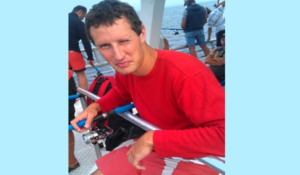 Alex Teddy is from Oxford, England. He enjoyed his first school – called The Dragon.

At 13 he moved to another school which for him was less inspirational, but he still did well, thanks to several motivating teachers and his interest in History in particular.

He went on to study French and Russian at university and had his first glimpse of Russia on a visit in 2003, which brought the country alive to him. After getting a Masters in History with a focus on Russia and Eastern Europe, Alex began working in London for a company which conducts corporate investigations and assesses risks for clients.

He left after 18 months, and went to work as a journalist for Dow Jones Newswires and then the business section of The Moscow Times. He has since returned to work for a corporate investigations firm, this time based in Moscow.