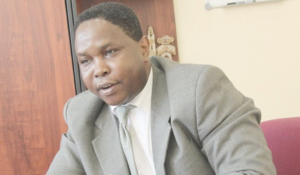 Chris Kenneth is from Nigeria. He grew up in a large, traditional family with a strong Catholic tradition. His mother rather wanted a doctor in the family and Chris embraced this direction. His studies brought him to Russia, which is where he became a MD.

He was an excellent student and wanted to continue on and do a PhD and become a surgeon. His plans were thwarted by the 1998 collapse in Russia and his funds evaporated in the banking system.

He moved into journalism, and now has a successful journalistic career.

He is married to a Russian, and has two sons.