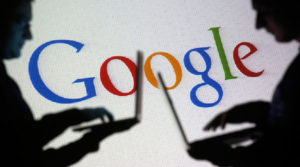 Media is doling out in bite-sized bits what we already knew: we are being tracked and traced, recorded and stored.

The Guardian recently told us that – shock – Google is storing lots of information about us; meanwhile, the wildly different Independent gently awakens us to the fact that Facebook is doing something almost identical. Both articles contain instructions on how to appear to thwart these intrusions.

Most people who read my column will have read Orwell’s 1984. And most who haven’t will have seen the film (the one with John Hurt, I hope). If you haven’t done either, go and do one of them right now.

Orwell’s famous dystopian vision describes a world in which the State knows everything about you. He had entitled his book The Last Man – meaning by that: The last true man left on earth. It was changed – perhaps fortuitously – by the publisher.

The book fed a slew of references into the culture, seemingly understood even by those who had never read it: Big Brother, Doublespeak, Sex Crime, Winston Smith.

The world Winston inhabits is physically viler and more obviously brutal that ours – at least if you live outside the perimeters of the wars the US is waging directly or indirectly. Its architecture and ambiance are, likewise, orders of magnitude darker and more depressing than ours – parts of inner cities excepted.

Doublespeak has hamstrung academia – rendering whole swathes of it inoperative, and much of the rest of it either irrelevant, farcical or pernicious.

In our day-to-day exchanges it has resulted in smile-fronted loneliness and lurking suspicion as necessary features of a life wherein those of us who comment openly upon the Spandex-coated bars of our prison are treated as pariahs and lepers.

As in Orwell’s world, our language is undergoing a thinning process and morphing into a ghettoized Newspeak and Twitteresque literary shorthand. Our grandparents knew what it was to speak and write well because they acknowledged an objective standard. Those who attained it were regarded as exemplars, and those who had not could see what remained to be done. Now, as in so much else, mediocrity and approximation are defended as acceptable standards; simply noticing one’s own shortcomings is elitist – and, therefore, contemptible – while commenting on another’s is an outright sin.

The result is a common language attenuated to the point where being correctly understood is increasingly difficult, and the scope for being wrongfully construed almost unlimited.

But here the overlap in terms of content between our world and Orwell’s thins out in favor of a stark – and for somedisarming – stylistic dissonance.

Orwell’s world is bleak. It is dark. The walls are covered – at best – by poorly applied institutional paint and creeping mold. The lights hang by a rat-eaten wire and flicker erratically, serving only – to plunder Milton – to discover sights of woe, regions of sorrow, doleful shades. Orwell’s “boot stamping on a human face – forever” is congruent in Hollywood terms with the scenery.

But our world is not like that. At least, not yet. Much of it is shiny and manicured – and not only for the technocrats and Inner Party members, but also for the drones of the Outer Party like Winston Smith.

Today, Smith does not wear dungarees and inhabit cold, dark corners creeping with vermin. He wears clothes which look something like what he sees on TV. He makes his car repayments. True, what he buys has the obsolescence of Orwell’s world, but that is due to a design philosophy geared to keep the drones shopping, rather than a simple inability to produce at all.

These seeming contradictions are difficult to process. A system which tortures you and stamps on your face might still be identified by the proles in their current state of conditioning as an enemy. But boot-stamping is not our experience – again, at least not yet.

The Big Brother of our experience has a public relations department and a team of designers with bed-head haircuts working on more palatable and fabulous ways to sell you servitude. Our prison does not simply consist of bars. It consists of hi-tech, ergonomically designed, ambient-adjustable bars. And it is policed by people who want you to call them by their first name; who are trained to seem to agree with you; who sit patiently when you talk, and then tell you to have a nice day.

If this seems unconnected with your current worldview, consider that some of the highest-profile puppets we vote for recently attended the opening of the Gotthard Tunnel, Switzerland – without batting an eyelid.

Sure, if you are deep in the bowels of Badnet – downloading a program you just discovered you really need but don’t want to pay for from a site featuring languages you don’t understand and from which windows with images of scantily dressed females jump out erratically at you – then you expect nasties. It feels dodgy and dangerous – and it is.

But Facebook and Google don’t feel like that. They are shiny, convenient heavens generated by serried ranks of earnest, enthusiastic angels in love with what they do. They love you, too. They don’t love you individually, but they love you mathematically; they love you when enough of you say the same thing to them for it to be incrementally advantageous to do something about your prayers. The world they produce feels professional and safe, something like a cross between a business park, a shopping mall where everything is free, and a children’s nursery.

This does not feel like a place where boots stamp on faces forever.

A common misconception about this ergonomic, customer-service Big Brother decked out in primary colors is that he couldn’t possibly watch everyone at the time.

But it doesn’t work like that. Mostly, he doesn’t care what you are doing on a day-to-day basis.

When databases were created in the 1970s, storing stuff was very expensive. That’s why they used the relational data model: it could cram more stuff into less space.

Now storing stuff costs nothing. I bought a 16 GB USB memory stick for the price of two cups of coffee last week. So they are not watching you. They are storing what you do.

Firstly, in case they need it. As morals, mores and norms are re-engineered and hemorrhage and coalesce in new configurations and are downloaded as normative updates by a population unable to concentrate or remember, everyone eventually will be a criminal – at least retrospectively. There is no future-proofing compliance with this new system of control. No matter how quickly you take the upgrades in Newthink, proof of your Oldthink will be accessible and visible to those who care to use it against you.

Secondly, they are building profiles. They want to know who the troublemakers are.

Those at the helm couldn’t care less what you think currently. If you are intelligent and happen to have spent your time online researching rather than looking at compilations of top goal-scoring moments, pornography, or highly pixelated editions of the Simpsons’ back catalog, that is likely to have rendered you a social outcast sheltering under the bridge of your own Cassandra complex yelling at random passing cars. So they don’t care about you – at least, not yet.

What they are on the lookout for in the current phase is a rogue idea. They are afraid that some bright individual will find the solar plexus of the psychological control grid and start jumping up and down on it. And they are also making sure existing powerful entities don’t go off the reservation of what is agreed by the guiding think tanks and conclaves of the mighty.

We incline toward fight or flight. Many feel their security lies in keeping their heads down, by conforming. While I understand the feeling, my opinion is that no amount of conformity will be enough to placate what is coming. This system does not simply want conformity – although it does require it – it will not rest until it has your homage. For myself, my mind is made up: I will not bow to the new idol.

Armchair heroism is easy, it is true. But I know one thing: Room 101 will hold much less terror for me if I ever have to enter it, if I know then that I stood up now and spoke out while I could, leveraging what intelligence God saw fit to give me.

And that is something no boot can stamp out of existence.