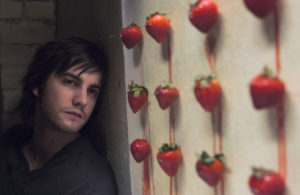 Review top sheet: Across the Universe uses the music of The Beatles to tell a story set in their era (late sixties, early seventies) which has nothing to do with the band itself. Easy, general appeal and good date film.

General comments: if you want to see this film on a weekend, book ahead. I only got in by flashing my press card and telling them this week’s film review would consist of only the name of their cinema, the fact I couldn’t get in, and a few pictures of me leaving in a huff. This being Russia (where everything “impossible” turns out to be possible if you approach in the right way), I was handed two tickets once the cashier had got through her default pouting and buck-passing routine. But they really were the last ones. Everyone else without a pre-booked ticked had to sit on the floor.

The Russian love affair with the Fab Four is legend. They pretty much taught an entire generation here to speak English. It was interesting to see the children of that generation packing out the hall to see, as it were, the “best of” album of what for their parents was a window into a forbidden world. They sat there clutching their mobile phones, cracking claims to intimate resonance with the film’s drug references and pretending they understood scouse. The subtleties, understandably, of the lead character’s scouse (i.e. Liverpudlian accent) were completely lost on them no matter how they feigned comprehension, and the subtitles were a lame substitute. But not much of that matters. They were there for the music, as was I.

But this film is not quite a musical in the standard sense. It is more like a long pop video with a story and excursions into non-musical events. It is packed with the iconography of both the band and the era. Related events and people are referenced, for example: Jimmy Hendrix (whom The Beatles discovered).

The songs are re-recorded by the actors themselves and use different, very modern arrangements and – amazingly for cover versions – are often better than the originals.

Aside from the main cast, Bono, Eddie Izzard and others provide outstanding vignettes. But the real star of the film is the songwriting. The Beatles were prolific but not everything they wrote was great. There were some real clunkers in there. But their hit-rate – their ratio of truly great songs as a proportion of their total output – is truly astounding.

I wasn’t able to give the film high ratings because it didn’t meet the criteria in the sense of drama or substance – which are perhaps limitations of the genre more than failings of this film. Across the Universe is a worthy showcase of The Beatles’ achievements, visually very pleasing, quirky, and worth a watch.

Story comments: it’s hard to get deeply involved with a story where people sing a lot, mainly because you have to suspend disbelief in a way no other genre requires you to.

Acting comments: Jim Sturgess is great. He conveys the rough charm of the working-class Liverpudlian lad well and has a great voice. A bit-player’s rendition of I Wanna Hold Your Hand was seriously excellent and sent shivers down my spine.

Substance comments: war is bad, music is good, love is all you need. Oh, yeah: and smoke lots of weed.

A taste of the story: Jude trades drab, crappy old Liverpool and his job as a shipbuilder and professional donkey-jacket wearer for a series of mainly great times in assorted glamorous bits of America, the land where people have good teeth, want you to think they care what kind of day you have and like to destroy the countries of people who can’t fight back – all set to Beatles music.